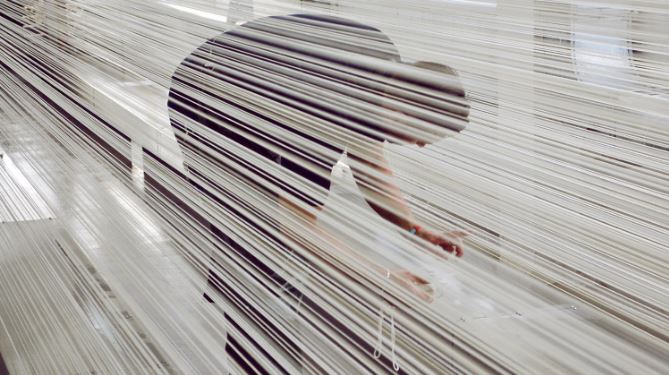 When the internet first emerged in the early 1990s, we had no language to describe it, no pre-established lexicon. So we fell back on what we knew. In 1994, in a now infamous segment of The Today Show, Bryant Gumbel wondered aloud about the internet, “What, do you write to it like mail?”

The business world is especially adroit at defining nascent technological paradigms in terms of a soon-to-be-obsolete status quo. A year before Gumbel’s musings, Michael Schrage wrote a visionary piece in Adweek admonishing advertisers for failing to see the revolutionary potential of the internet, but not before describing it as “light years more interactive than QVC.”

Then in 1995, as if to rebuff Schrage, Barry Diller delivered a keynote address at the American Magazine Conference entitled “Don’t Repackage—Redefine!” in which he warned against “the tendency to colonize, to define new technologies in terms of the old.” And while much of what Schrage said about the internet turned out to be correct, his incremental, commercial conception of the internet’s potential is indicative of why so many businesses fail to take early advantage of historical technological shifts.

Why do we insist on defining the new in terms of the old? Of course, most of us struggle to apprehend technological concepts that lie far beyond the boundaries of our own experience. Indeed, for as long as humans have been around, we have endeavored fruitlessly to describe the workings of the mind itself using metaphors of our age’s dominant technological paradigm: the mind is clay and mud infused with spirit; the mind is governed by hydraulic flows, the mind is a mechanical machine, the mind is a computer.

But more fundamentally, we are often led astray by our inexhaustible hope that new technologies will solve our old problems rather than create new ones. And the oldest problem for business is growth.

Bill Gates, who rejected the “information highway” metaphor due to its connotations of state-owned infrastructure, suggested in 1995 that we think of the internet instead as “the ultimate market” or “the world’s central department store.” And Schrage’s own words read like an infomercial for the internet-as-miracle-product: “Looking for the next great commercial medium? The internet, which already exists in cyberspace, is poised to become an ad-friendly link among millions of PC users.”

Gates’ perspective, along with Schrage’s article and its ecclesiastical title, “The Ultimate Network,” evoke the same promise of financial salvation used more recently to describe the blockchain. The blockchain has been variously described as The Next Generation Internet, The Internet of Value, The Internet of Trust, The New Cloud, a Collective Brain, an Eternity Wall… And for the true believers, the blockchain’s proof-of-work breakthrough means we have at last found a technological replacement for God himself, at least on the dollar bill.

Read the full article written by George Bennett on fastcocreate.com