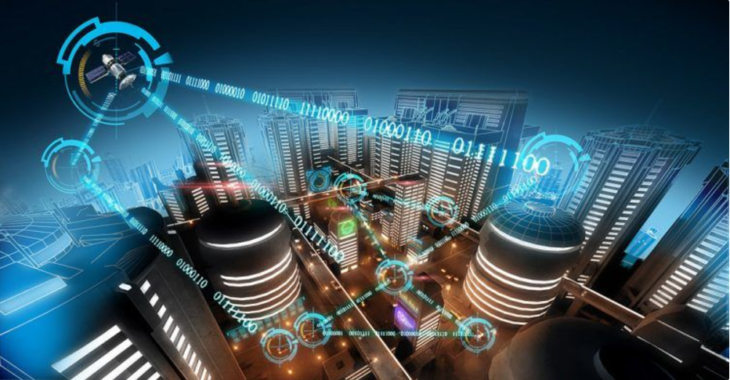 When fictional entrepreneur Richard Hendricks from HBO’s Silicon Valley was prompted to elaborate on one thing he would build given unlimited time and resources, his answer not only made many tech geeks sit up, it practically sparked countless Reddit discussions about its possibility in the real world.

We could build a completely decentralized version of our current internet, with no firewalls, no tolls, no government regulation, and no spying. Information will be free in every sense of the word.

What’s wrong with the current state?

One of the reasons why the current internet is not perfect is that there is no transparency and accountability in how private user information is collected, stored, and used. Pixels and cookies created by Facebook and Google are tracking user browsing habits, and most internet users are paranoid about governments’ mass surveillance. The power to control the internet and all its data is centralized and controlled by few powerful individuals, governments, and corporations.

For example, users can access every feature of Facebook and consume its content without paying a single cent, but we are trading our personal information for that access. Our personal data, along with our behavior and preferences, are then repackaged and sold to advertisers worldwide.

The possession of market information has also proved to be a key ingredient for success, especially for peer-to-peer marketplace platforms. Over the last 10 years, we have seen the rise of marketplaces and they have demonstrated how valuable information can be and how possessing data can open huge revenue potential.

The likes of Airbnb and Fiverr seek to provide a convenient infrastructure to connect value creators and consumers. And the value of the network depends largely on how the intermediary, that is the company, facilitates and curates quality value transactions, especially in industries and markets where information is asymmetrical. A high-functioning marketplace has the ability to withhold information and leverage on that information asymmetry. Conversely, a marketplace is deemed a failure when users can bypass the platform and freely obtain information about the market to interact with other users.

When these platforms are able to achieve product-market fit, more and more users will join the network, increasing the value of the network. While it is possible for users to generate income from participating in the network, the ability to leverage on information asymmetry will distribute most of the wealth generated by the network to the network owner and not its participants.

But while the vision of having a decentralized internet and markets can seem idealistic to some, we might not be far from that reality. Check out blockchain technology and the Ethereum network.

Ethereum is a decentralized public blockchain network that runs smart contracts, which are self-operating programs that can facilitate and enforce an exchange of value automatically when certain conditions are met.

Think of Ethereum like the App Store. It allows developers to build decentralized apps (or “dapps” for short) on the network. However, instead of using fiat money, tokens are used on the Ethereum network to exchange for goods and services. On top of that, the use of tokens adds a new dimension to the network—it gives ownership to its participants.

Value for all users

The Golem Project, also known as the Airbnb for computing power, is one of the many companies building on the Ethereum network. Golem Network Tokens (GNT) must be exchanged with fiat money, bitcoins, or ether (universal currency of the Ethereum network), in order for users to participate on the network. One GNT is worth about US$0.48 today.

When product-market fit is achieved and positive network effects kick in, users making good use of the supercomputer for their projects (like film-makers rendering 4K videos or scientists running simulations for their experiments) will attract even more users to rent out their computers to the cloud in exchange for GNTs. Users of the supercomputer benefit from gaining access to a powerful cloud computing solution at a relatively low cost, and renters benefit by gaining an income stream for unused computing power on their personal devices. All participants of the network receive positive “network participation value.”

However, what sets blockchain networks apart, the Golem Network in this case, is its ability to create a new dimension of value beyond the network participation value for its participants. Because there is a finite number of GNTs in the network, when the demand of GNTs increase as the number of users increases, the value of GNT will increase as well. If the demand of this service has increased tenfold since its inception, the value of one GNT will also increase proportionately, bringing it up to US$4.80 (hypothetically speaking). The more users joining the network, the more the existing users are rewarded, as their GNTs gain value, bringing in “network ownership value.”

From this example, it is evident that the wealth generated by the network effects of blockchain networks is more fairly distributed among its participants through the ownership of network tokens. Information of all transactions and exchanges are publicly verified in the blockchain, with its management and payments automatically regulated via smart contracts.

What about the developers of dapps?

We have established the tangible benefits that the network participants can enjoy, but what will motivate dapp developers to create useful and productive networks on the blockchain?

I refer once again to Silicon Valley, particularly to an interaction between protagonist Richard Hendricks and his colleague Bertram Gilfoyle after they were rejected by almost every venture capitalist in the Valley due to previous incidents and scandals. They were unable to raise any funds and the startup was running out of money.

Their conversation has been slightly edited for brevity:

Hendricks: What if we don’t need an investor at all? What if all we need is a customer?

Gilfoyle: Customer for what? We haven’t built the product yet.

Hendricks: Well, neither have all those condo builders, right? I mean, they are offering a discount to people who buy before they build.

Another clever reference to one of the virtues of the Ethereum network was made by the show. Blockchain companies may never need to raise a single dollar from venture capitalists again.

Everyone knows that raising funds from established VCs is no easy task, especially for marketplace platform companies. It’s a classic chicken and egg problem. Most investors need to see proven marketplaces with real transactions happening before they invest, but startups need funds to scale their infrastructure and acquire new users. Now, try raising funds without a deployed product, a product to be built on relatively new and unfamiliar technology.

But tokens will save the day once again. By creating a currency system for the network, dapp developers can potentially raise funds by selling the tokens to anyone, can’t they? Besides, the ownership of the token can be publicly verified on the blockchain, so ordinary people can now invest in new cutting-edge technology and potentially enjoy the 10 or 20 times returns once only enjoyed by a venture capitalist by simply purchasing these tokens.

I am not making things up. An Initial Coin Offering (ICO), meant to replicate the same idea as an IPO, is how blockchain ventures can bypass venture capitalists and banks to gain access to funds required to build and scale operations. However, it must be noted that in most ICOs, no thorough due diligence is completed by any regulatory authorities, unlike an IPO. All the developing team has to produce is a whitepaper detailing what the product is about, how long it takes to build, and how much money is needed. Post-ICO, some founders will publish updates on the company blog to keep investors updated about the development process. Does it sound like a crowdfunding campaign to you? Yes, except this one is on steroids.

In April 2017, The Economist noted that nearly US$250 million has already been invested in such offerings so far, of which US$107 million alone has flowed in this year. Gnosis, an Ethereum-based platform that enables next-generation prediction market applications, raised US$12.5 million in—wait for it—10 minutes. More recently, former Mozilla CEO Brendan Eich raised US$35 million for his new web browser in under 30 seconds.

Apparently, unicorns are now created in seconds. What a time to be alive.

This is certainly frightening. All this digital gold frenzy has justified endless…

Read the full article, written by Alan Seng on Tech in Asia!