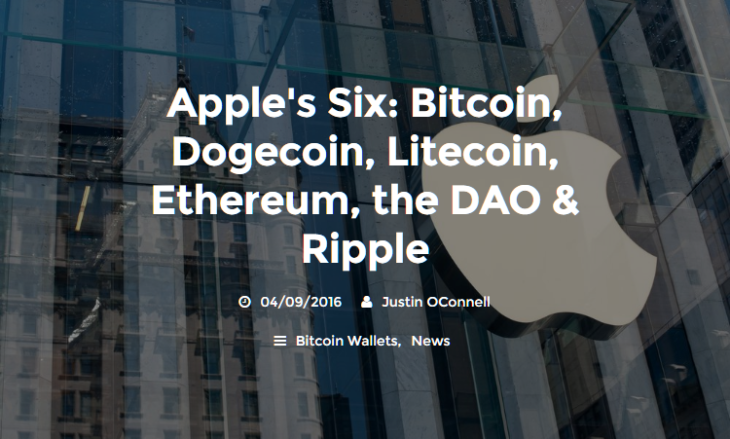 The biggest technology firm in the world did this after reaching out to Anthony Di Iorio, founder of Jaxx, a crypto-currency wallet, to tell him they could no longer feature a version of Jaxx wallet in their store that features Dash functionality.

Jaxx is not the first Bitcoin application shunned from the iOS store, as others including blockchain.info have been removed in the past. Apple’s stance on crypto-currency has seemingly evolved, as revealed in a discussion Apple had with longtime cryptocurrency entrepreneur Di Iorio.

Jaxx released the wallet two weeks ago and everything went smooth. “Then a couple of days ago I receive a message through our resolution center that Apple needs to speak with me,” Dio Iorio told CCN.

Read the full article written by Justin OConnell on CryptoCoinsNews