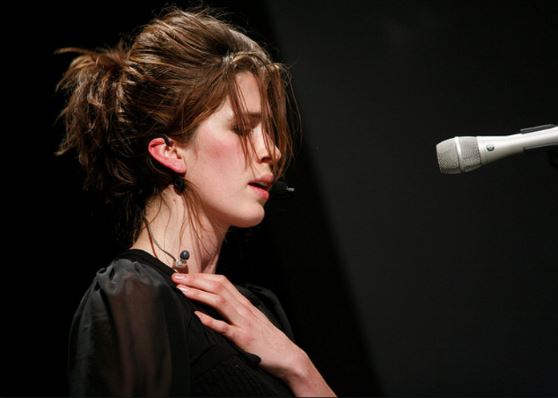 In our age of Spotify, most artists fail to get a fair deal. But with help from coders, Imogen Heap is leading the fightback, using a technology that could revolutionise the way music is made and sold

When was the last time you bought a CD or a record? Chances are, you’re listening to more music than ever, but buying less of it. In 2012, for the first time, digital sales of songs – such as iTunes – surpassed physical sales. More likely still is that you were on YouTube or Spotify, which host hundreds of thousands of songs, played billions of times. It’s a golden age for music.

Except plenty of musicians don’t agree. Over the last year or so, there’s been a growing public chorus of complaints from artists themselves, who have reached a tipping point of dissatisfaction about their industry. One of them, Imogen Heap, who’s “fed up of hearing herself complain”, is trying to change it instead.

Heap is renowned for being inventive. She’s an award-winning songwriter and performer, having released four solo albums that have enjoyed commercial success in the UK and the US. She self-released her 2005 album Speak for Yourselflong before it became popular to do so. She’s also the only female artist to have won a Grammy for engineering, and over the last six years has been designing and producing some musical gloves, along with the rest of her MiMu team, that allow the wearer to sculpt and manipulate sound on and off stage with gestures.

But these endeavours are likely to pale in comparison to her current project: to bring to life an entirely new landscape for distributing and monetising music and all its related data and content.
Read the full article written by Jamie Bartlett on The Guardian